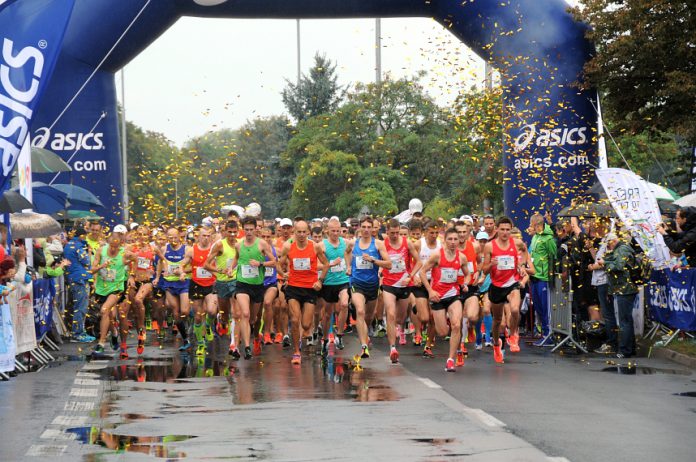 September 2016 in town Pila/Poland took place 26th half-marathon under the patronage of PHILIPS company with over 3700 runners including 137 Polish police officers and six-members team of Latvian police.

The competitors were running exactly 21 km 97.5 meters and each of them who completed the course received a commemorative medal with the image of Jan Huruk – Polish outstanding marathon runner.

The initiative of policemen and policewomen competition in the Open International Cup Police in the Half-marathon has been approved by Chief Commandant of Polish Police
as an official event under the patronage of National Police HQ. Sport-cups for police officers were founded by National Police HQ, Police School in Pila and President of IPA Polish Section.

The best runners were Anna FICNER Poland and Irina STULA-PANKOKA Latvia, within men were Szymon KULKA Poland and Anatolijs MACKUS Latvia. Trophies and prizes
to the winners were given by Deputy Commander of the Police School Pila and V-ce President of IPA Polish Section.  The results of each classification are available on the website www.pila.halfmarathon.pl.

We would like to invite all the fans of running in 2017 edition that will be co-organized
by Polish IPA and Police School in Pila town.

Description of the photos

004 – The winners with sport-cup founded by Polish National HQ

005 – The winners with the emblem founded by Polish IPA and Police School Pila.