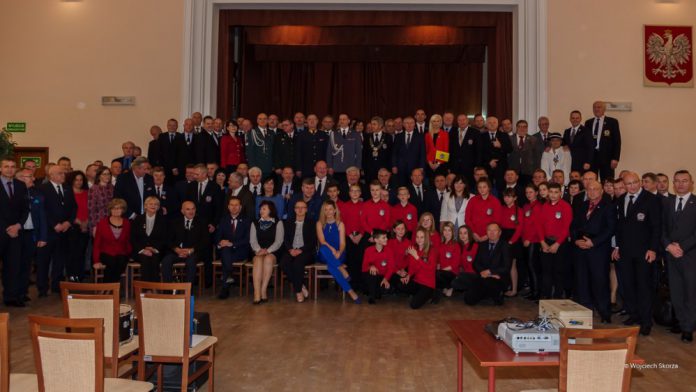 Between 27th and 29th of October, 2017, there was a solemn celebration of the 25th anniversary of the establishment of the IPA Polish Section.

Members of the National Executive Board, former IPA Polish Section presidents, commanders, representatives from 11 foreign IPA national sections met in the city of Lublin to celebrate this unique event.

The ceremony began with placing flowers and candles, by the IPA Polish Section Presidium and the representative of the Audit Commission, at a memorial plaque commemorating police officers of the Second Polish Republic (interwar period) murdered in Miednoje and other places during the Second World War.

Then the celebration was moved to the Lublin Provincial Police Headquarters. There in the presence of the Commander-in-Chief of the Polish Border Guards Brigadier General Marek Łapiński, Provincial Police Commander in Lublin General Paweł Dobrodziej, former presidents of the IPA Polish Section and representatives of 11 foreign national sections, the participants were reminded of the moment when the IPA came into being in Poland. We also summed up achievements of the 25 years of our section, its development and its position in the world. The IPA Polish Section President Fryderyk Orepuk honored meritorious members of our section with medals and certificates for their special achievements. The youth orchestra from Józefów on the Vistula provided a unique musical performance. In the evening, during the solemn banquet, the President thanked everyone for coming and celebrating this unique jubilee. It was not without a special cake!

We are inviting You to be a part of polish-german and polish-english seminars in IBZ Gimborn!