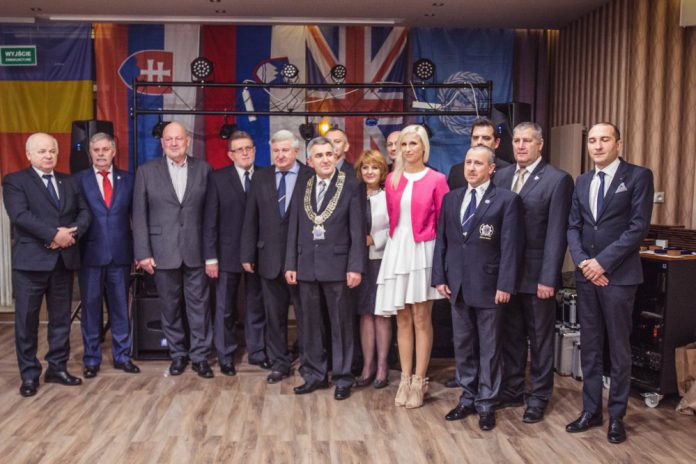 The IPA in Poland will soon end 25 years. Today it counts about 10,000 members. The Statute of the Polish Section of the IPA provides that its members may be persons who are on duty in the Police and Border Guard, as well as pensioners of these formations.

Membership in the association is voluntary, and each member is required to participate actively in the implementation of the statutory objectives of the IPA. Every three years during the Congress delegates elect a new board

(National Executive Committee) with the President of the Polish Section at the helm. Such elections were held on 26 November 2016 in Solec Zdroj.

Delegates from 17 provincial groups, representatives of the Polish Section NEC, the Audit committee and the Statute committee met at the “Malinowy Raj” (Eng. “Raspberry Heaven”) Hotel. Invitation to the Congress was also accepted by representatives of national sections from Austria, the Czech Republic, Cyprus, Greece, Ireland, Lithuania, Moldova, Russia, Romania, Slovakia, Slovenia, the UK and the representative of the United Nations. We were honored by the presence of the International IPA President – Pierre-Martin Moulin, and Vice President Aleksei Gankin. The highlight of the Congress was the election of new members of the Polish Section NEC. After several hours of deliberations, delegates decided that the current President of the Polish Section – Fryderyk Orepuk will perform this function during the next 3-year term. Then, other members of the NEC were also elected. The new NEC consists of Vice Presidents Aneta Sobieraj from Łódź Provincial Group, Krzysztof Skowron from Silesian Provincial Group, and Piotr Wójcik from Lublin Provincial Group. The new Secretary General is now Krzysztof Kapturski, and his assistant is Radosław Skubina. The Treasurer during 2016-2019 term is Adam Pietrzkiewicz. The Assistant Treasurer is Robert Literacki. Hanna Wachowiak is the NEC member.

The new authorities will have to face major challenges. As assured the President the main goal in the coming term of office is the activation of the young members of the IPA. The new NEC wants above all to allow the greatest number of officers involve in the international professional internships and training. They are a fantastic way to gain professional experience and broaden horizons. The NEC also wants to raise knowledge about the International Police Association among all uniformed formations.

International Gathering of IPA Members and their families in Lithuania