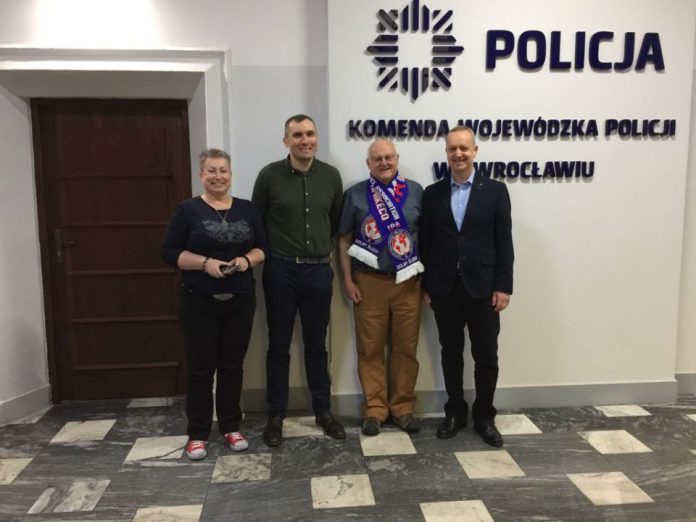 On 26-29.04.2019, the member of the IPA Sweden Jan Sjostrand from Police Gothenburg visited the Lower Silesia Voivodship (province).

The Lower Silesia guide for a colleague from Sweden and his friend was a colleague Marek Pelczar from IPA Strzelin Region.

Along with him, the Swedish companions visited, among others, National Museum in Wroclaw – The Racławice Panorama, Książ Castle in Wałbrzych and the basilica in Strzegom. The President of the Lower Silesian Provincial IPA Group, colleague Bartłomiej Majchrzak, also met with Swedish friends. Due to the type of Jan’s police service – traffic police and his interests – motorcycles, Swedish friends also met Dr. Małgorzata Maryńczak – civilian employee of the Provincial Police Headquarters in Wroclaw and at the same time Meritorious for IPA Polish Section, privately a motorcycle riding enthusiast. A colleague from Sweden was given a commemorative gadget of the Lower Silesian Provincial IPA Group.