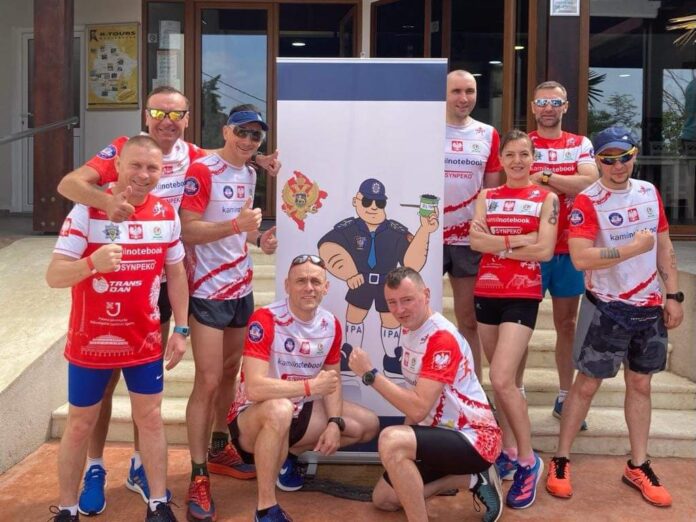 From 8 to 13 May 2022 in the town of Bar in Montenegro took place the 2nd World Sports Olympiad entitled IPA GAMES 2022 for female and male police officers from countries affiliated with the International Police Association. The competition was attended by over 500 male and female athletes from 26 countries around the world.

Sports competitions are held periodically in different countries around the world, after granting the right to organize them. IPA Region Wrocław, operating within the premises of the Wrocław Provincial Police Headquarters, put up a 20-person representation which took part in competitions in beach volleyball, 3×3 basketball, futsal soccer, 5000 m running and shooting. The Lower Silesia Police team consisted of officers from the Provincial Police Headquarters in Wrocław and the Police Headquarters in Wałbrzych and Wrocław as well as the Polkowice District Police Headquarters. Retired police officers were also included in the representation. The participants of the trip who are members of the IPA are sports enthusiasts who have represented the Polish Police and the IPA in the international and national arena for many years. Among them, the Olympic laurel was won by retired police officer officer-in-charge Joanna Woźniak-Cieślar, who in the 5000 m run in the open category won the bronze medal, while in her age category she won the silver.

Apart from the sporting dimension of the event, the Games had also a social dimension. The meeting of officers from different parts of the world served to exchange experiences and create bonds of friendship and professional camaraderie in accordance with the motto of the International Police Association Servo per Amikeco – To Serve through Friendship. The participants representing the Lower Silesian Police also observed the organization of the event with a view to organizing IPA GAMES in 2026 in Wrocław.