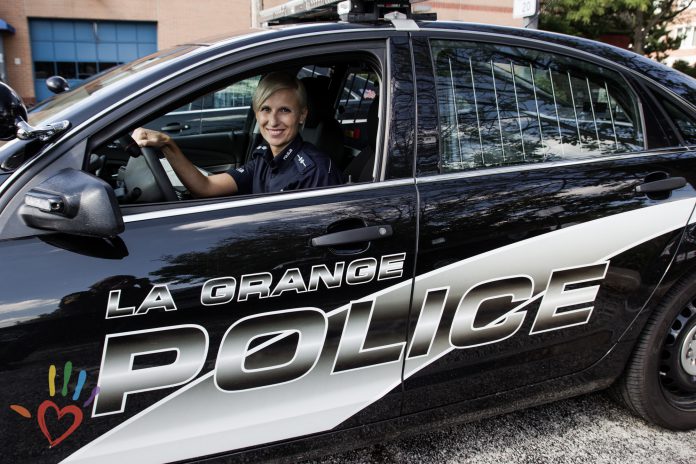 In September 2014, I had a unique opportunity to do an internship within the Placement Programme. I spent two unforgettable weeks in the United States, and specifically in Chicago. My guardians were marriage of police officers Marge and Jack Kiełczyński.

Although they had more “Polish-sounding” surname than mine, their knowledge was limited to Polish phrases „dzień dobry” (“good morning”) and „zimne piwo” (“cold beer”). Both Marge and Jack had Polish roots, which are not forgotten. However, in their family home Polish tradition has not been cultivated. Jack, now retired policeman, worked in the Chicago Police Dept., while his wife is still a police sergeant in La Grange – a small village on the outskirts of Chicago.

By joining forces they organized to me an amazing and unique internship. In this way my work in the United States was not limited to patrolling streets of the Windy City and La Grange, but they also made it possible for me to pry the news team work (because this is what I deal with every day) in many different institutions. The FBI, Secret Service and FEMA are just some of the institutions that due to their involvement I could visit.

What is interesting, at every turn I heard from just met people that their grandmother was of Polish origin, and even though now they no longer felt the Poles, with great affection they showed me the secrets of their work. There was also time for traditional sightseeing. Willis Tower, the Bean, or the Loop are the Chicago’s “must see” places. And you never forget them. I also had the incredible good fortune to be in Chicago in a day of remembrance of the fallen police officers –  in the Windy City nearly 600 of them were killed so far. All 600 plates with pictures and names, as well as the nature of the ceremony, did an electrifying impression.

From my stay in the US I will not forget the cordial people I met there, their openness and care that surrounded me. I even got the honorary La Grange Police officer ID! We joked with Marge and Jack that after these two weeks spent together, we have become almost family, and probably there is something about it. Certainly our shared adventure did not end on September 20 with my trip back to Poland.

I was on an internship in England …