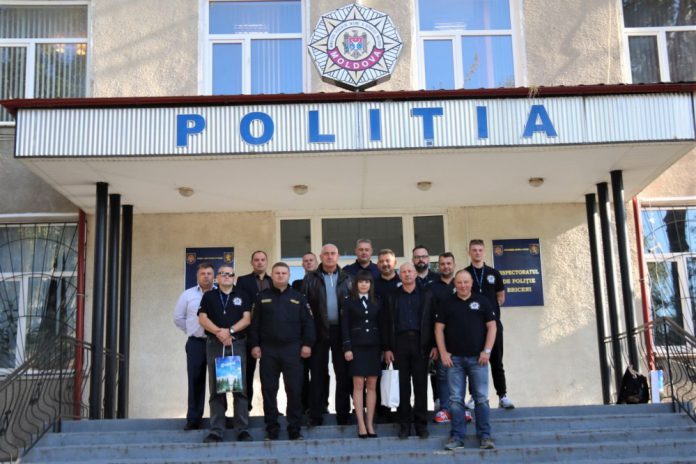 The coronavirus pandemic affected the whole world. This is not an easy time for everyone in Europe, Asia or America. This period has highlighted how important helping other people in difficult situations is.

And such a help, on international level, was excercised by members of Region Lower Silesia IPA Poland, who did not stay idle when a group of citizens of Moldova got stuck in Warsaw after the lockdown and could not return home. But let’s start from the beginning…

The introduction of the pandemic seems to all of us similarly. It all happened fast. Lockdown, bans, orders and closed borders. Suddenly, accustomed to the freedom and travelling, we had to isolate ourselves from an invisible enemy overnight. Unfortunately, not everyone was at home with relatives at that time, some were even thousands of kilometers away from home, abroad. Eight citizens of Moldova residing in Poland were suddenly unable to return to their homeland. They were denied to cross Polish-Ukrainian border, and practically deprived of their livelihood, they had to return to Warsaw. The situation was dramatic, especially since among those in need was
a woman in an advanced pregnancy. And it was during this difficult times that IPA members showed the real meaning of a transnational friendship, when they reached out and offerred help to their brethren from over the Dniester river.

The President of IPA Region Głogów, Artur Klimaczak received a call from his Moldavian colleague Mihail Lesnic from IPA Briceni, who informed about the difficult situation of his fellow citizens. ‘They cannot return to the country, they are currently stuck in Warsaw, and the situation is an emergency’. One phone call was enough to launch a mission to help!

Artur Klimczak, together with IPA merited Bartosz Sobota and Bartłomiej Krężel, and members of IPA Region Wrocław Andrzej Kamiński and Janusz Łuszpak decided to provide financial support to the Moldovians in need. Due to the fact that travelling between cities was limited at that time, they contacted the IPA Poland’s Secretary General Ewa Dębowska, who lives in Warsaw and coordinated the operation on site and made a donation. This altruistic help caused tears of emotion to the citizens of Moldova who ran out of means to overcome this situation. The help provided by the members of IPA Lower Silesia Region enabled them to get through next four days until a transport corridor was opened, and they could happily reunite with their loved ones. Members of IPA Poland involved in helping Moldovian friends received an official thanks from the President of IPA Moldova, Mikhail Cebotari.

This whole situation would not have happened had it not been for the continuous cooperation between the officers of both countries. The firendship between brothers-in-blue began last year, when members of IPA Region Głogów visited Moldovian friends and travelled with them across this picturesque part of Europe. At that time they have had no idea that in a few months there would be a crisis which will highlight the importance of international bonds developed through the cooperation between officers. And all of this in the name of IPA values, stated in the motto Servo per Amikeco – Service through Friendship.

IPA Spain are hosting a tour from Barcelona to Paris through the routes of the World War II Iconic Sites and Medieval Wonders!