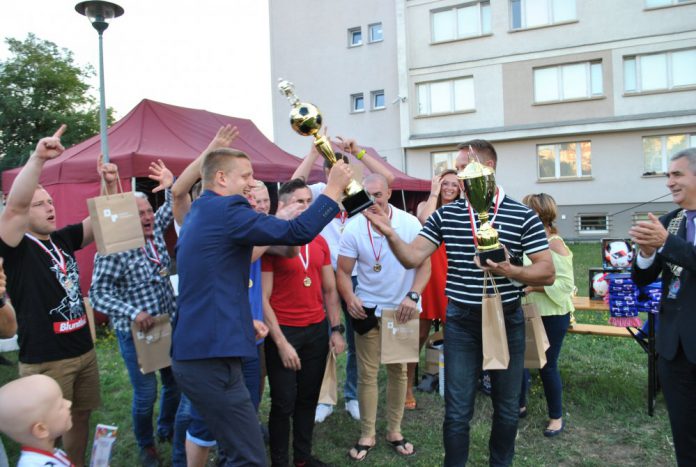 The Honorary Patronage over the Tournament was taken by:

Commander in Chief of the Regional Police Headquarters in Poznań insp. Piotr Mąka,

President of the City of Poznań Jacek Jaśkowiak,

After the teams introduction and hearing of the national anthems of Polnad, Ciprus, Hungary and Ukrain, as well as IPA, the matches started simultaneously on the two fields.

Before the match for the III place a friendship match was played between the IPA Women Poznań team and a team consisting of the representatives of the tournament.

The final match, that was played in the 30 degrees Celsius heat, has finished with the victory of the hosts of the Tournament –The Region IPA Poznań Team, which managed to beat the IPA Gostyń Team 3:0, winning the Trophy of the Champion of the Tournament!!!!

The solemn celebration of closing the Tournament has  started in the evening by the grill, during which the President of the IPA Polish Section Fryderyk Orepuk together with other guests has handed the trophies and diplomas for all the teams that participated in the matches. Also the players of the first three teams were honoured with medals and other prizes.

During the Ceremony the President of the IPA Polish Section has handed to the IPA Poznań Team the t-shirt of the Polish Representation that was passed by representative of Poland and FC Napoli player Jacek Zieliński with the dedication.

Also the trophies and prizes were handed to the:

Best Shooter of the tournament – representative of the Region IPA Poznań Mateusz Przybyłowski, with the final result of 10 goals.

Also to the IPA Pafos Team – Ciprus was handed the Tournament Fair Play Trophy founded by the Head of the Polish Olympic Committee Mr Andrzej Kraśnicki.

During the grill supper the resaults were discussed as well as plans for the next XXIInd Tournament in Poznań in 2020.

The order of places taken in the Tournament: