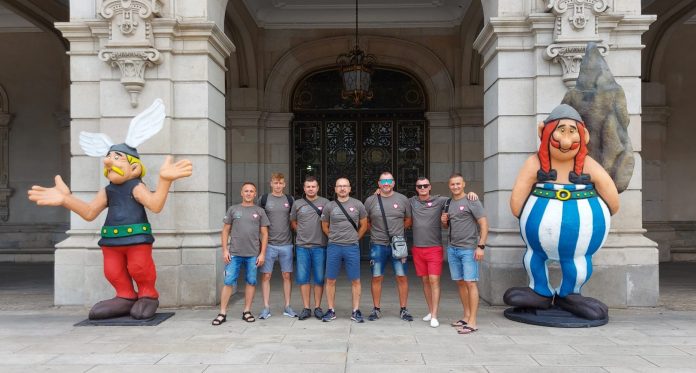 The honorary patronage over this year’s games was taken by:

– President of the City of Poznań, Mr. Jacek Jaśkowiak

The tournament was officially opened by the Regional Police Commander in Poznań, Chief Inspector Piotr Mąka.

After Friday’s ceremonial opening and playing the anthems of the national teams participating in the Tournament and the IPA anthem, group matches began, from which at the end of the day were selected 8 teams.

Despite the heat, all teams did their best to advance to the next round of the Tournament.

After Friday’s qualifying matches, Saturday morning was followed by more games that resulted in 4 semi-final teams. The following teams advanced to the semi-finals:

– Convoy Department of the Regional Police Headquarters in Poznań

The match between the Convoy Department and IPA Poznań ended with the victory of the IPA Poznań team, while in the second match against ZT NSZZP Jarocin, the team of 2nd Tactical Aviation Wing was victorious.

The match for the third place in the Tournament between the representation of the Convoy Department and the ZT NSZZP Jarocin ended with the victory of the colleagues from Jarocin.

The teams of IPA Poznań and 2 Tactical Aviation Wing met in the final of the Tournament. After a few minutes, the IPA Poznań team took the lead, but at the end of the game, a 1-1 draw was visible on the scoreboard and the match ended with this result.

According to the tournament regulations, the winner was decided by a series of 3 penalty shots. IPA Poznań’s last shot was 2: 1 for IPA Poznań.

IPA Poznań is the winner of the 24th International IPA Poznań 2022 Tournament !!!!!

The oldest player of the tournament – representative of IPA Bihor 3 – Florin Schiop,

The best shooter of the tournament – a representative of the 2nd Tactical Aviation Wing Kamil Filipiak / 8 goals /,

The Best Goalkeeper of the Tournament – representative of IPA Poznań Maciej Lubczyński.

Final results of the Tournament:

10th place – Municipal Police of the City of Poznań

Congratulations to the winning team and to all players participating in the tournament!!!

Meeting with IPA Serbia in Krynica