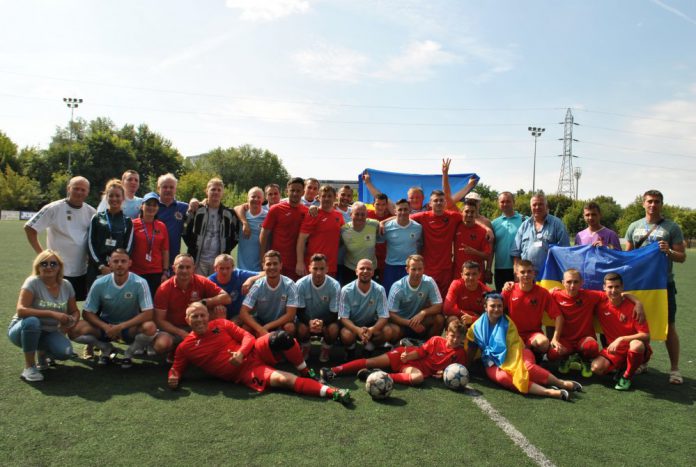 On 23-26.08.2018 took place the XXth International Football Tournament IPA Poznań. It’s an event which integrates the law enforcement society through a friendly competition.

In this years edition participated 16 teams both national and international. The games were performed by the representatives of Police, Penitentiary Service, City Guard, Military Counterinteligence Service, Military Police and others. Among international guests participants represented Ukraine, Romania and Hungary

This years Tournament was held under the patronage of:

– President of the city of Poznań Jacek Jaśkowiak,

From the first day of group gameplay emerged 8 teams which on the Saturday fornoon have contested during semifinals, midfinals and finals.

After a close contest the teams of County Police HQ in Jarocin and Convoy Department had competed in the match for the III place, while IPA Poznań team fought for the victory in the finals. Despite of their high spirits the hosts were defeated by the ukrainian team 1:0 / after the goal from a free kick /.

Final table of the Tournament:

3 place – Convoy Department of the Regional Police HQ in Poznań

The capstone of the anniversary Tournament was an evening meeting at the barbecue, during which competitors received cups, medals and individual rewards for:

The Oldest Competitor of the Tournament col. Petru Long from IPA Bihor 3 / Romania /,

The Best Goalkeeper of the Tournament Maciej Lubczyński from IPA Poznań,

The teams are already set for the next meeting in 2019 in Poznań.