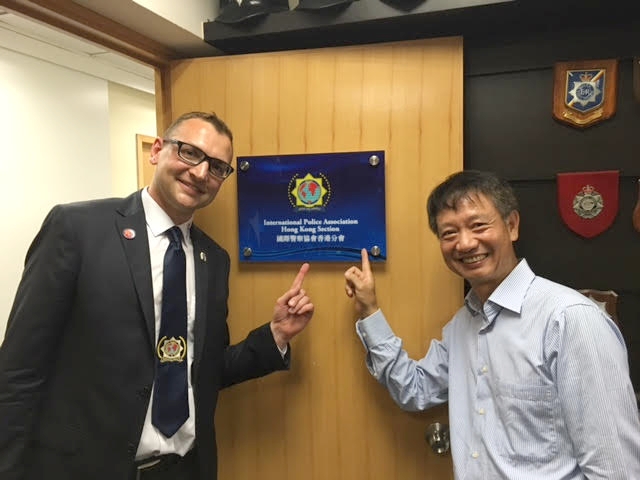 During their stay they were officially welcomed by the management of the Police Headquarters and the President of the International Police Association in Hong Kong.  They exchange the ideas of cooperation beetween this two section.