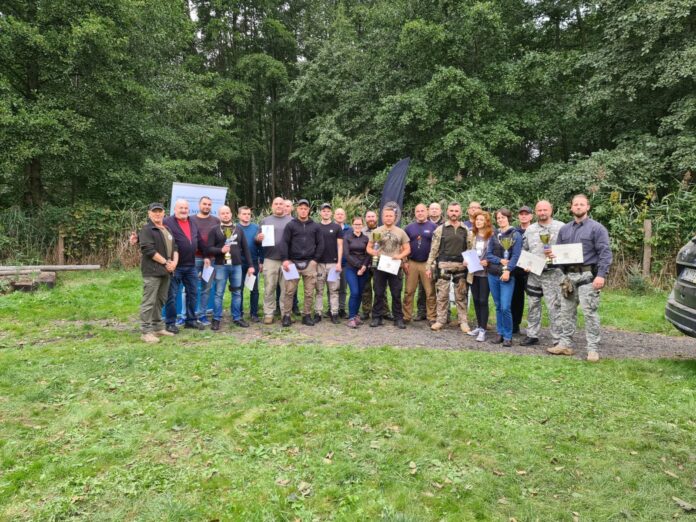 As part of the competition, the best shooters in terms of skill, accuracy and precision were selected in three disciplines: Pistol, Pistol/Carbine, Pump-action shotgun.

Members of IPA regions from Lower Silesia competed at shooting stands under the watchful eye of instructors from the “Pallad 1974” Association: Paweł Rybarczyk and Radosław Damian, and the correctness and reliability of the results were supervised by a committee from the “WANAD” Association composed of: Gracjan Mieszkała and Jacek Ptaszek.

After a spirited competition, from among the participants the winners were selected:

Winners of the President’s Cup:

The President’s Cup in the OPEN category was won by Aleksandra Załęska from Wrocław, who won the trophy as the best contestant among women.

The Tournament was held thanks to the involvement of individuals and organisations in promotion of the ideas of Servo per Amikeco. We would like to thank the organisers: „Pallad 1974” Association and its President Arkadiusz Hołub, „WANAD” Association, Adrian Mikołajczak, Aleksandra Hołub and Ryszard Urban.

We are grateful to the members of IPA Regions for turning up in large numbers and for an exciting competition in the spitrit of friendship. We would also like to thank the President of the IPA Lower Silesian Provincial Group, Bartłomiej Majchrzak, for his initiative of integrating us through sports competition.

We hope for equally exciting rivalry in the next editions of the Tournament.