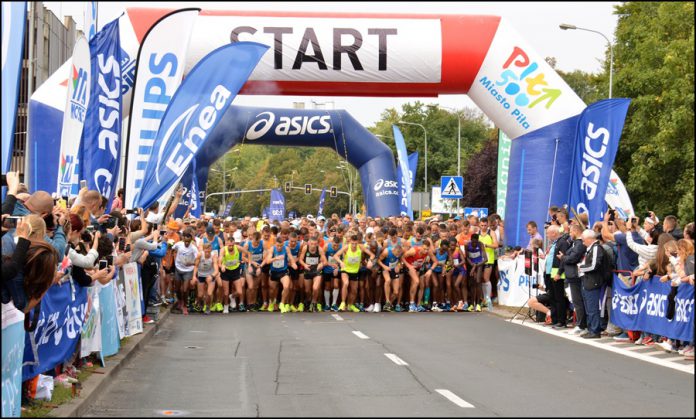 On the 2nd of September 3874 runners from Poland and 15 other countries took part in the 28th International Halfmarathon PHILIPS in Piła, and it also was the 27th Polish Championships Men and Women in Halfmarathon. 3824 participants finished the race.

This year for the fourth time, within the cooperation with the Police School in Piła and the IPA Group of Greater Poland, took place International Open Police Cup in Halfmarathon, with the participation of 120 policemen from Poland and 5 from Latvia

Additionally, every runner at the race finish received a race medal with the image of Wiesław Perszke, a famous Polish marathon runner – a Polish Champion of 1998. He was also a representative of Poland in many famous marathons (in Berlin, Boston, London, Barcelona) with his best result 2:11:15.

The classification of   International Open Police Cup in Halfmarathon