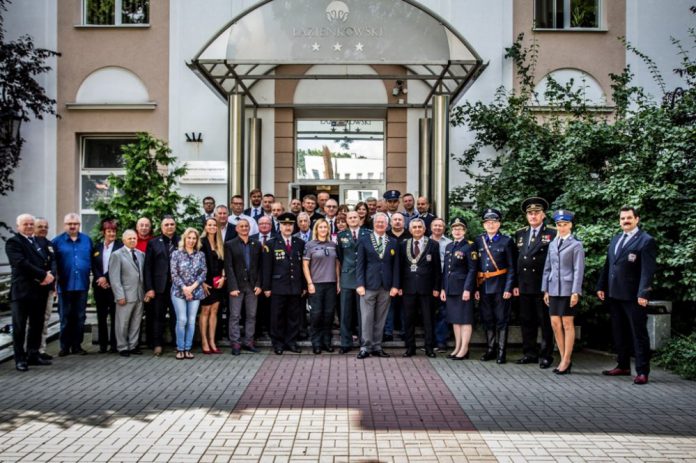 13 IPA delegations from Slovakia, the Czech Republic, Lithuania, Cyprus, Moldova, Romania, Ireland, Hungary, Sweden, Estonia, Latvia, Portugal and Germany, as well as representatives of the Police National Headquarters, the Border Guard, and members of the IPA from all over Poland attended.

An interesting element was the exhibition of historical and contemporary uniforms, which was available to participants throughout the duration of the conference.

An important part of the meeting was the presentation about the Border Guard, highlighting the important role its officers play, who have now been able to become full members of the association for the past 15 years.

In addition to the conference, all our guests had the opportunity to get to know the capital of our country, to admire Warsaw from the observation deck of the Palace of Culture and Science, and to visit the Old Town.

The celebrations concluded with a wonderful performance of the Police Representative Orchestra, applauded by all our guests, and in particular foreign officers. Everyone also admired the huge cake with the Association’s logo, with which participants celebrated this important event for the Polish Section.

This event was not only a conference presenting the history of the Polish Police and celebrating 15 years of the Border Guard at the IPA, but also another step in integrating the police community from around the world. All participants had the unique opportunity to exchange experiences acquired during their difficult service, and to obtain information on the functioning of the police in other countries.

I was on an internship in England …