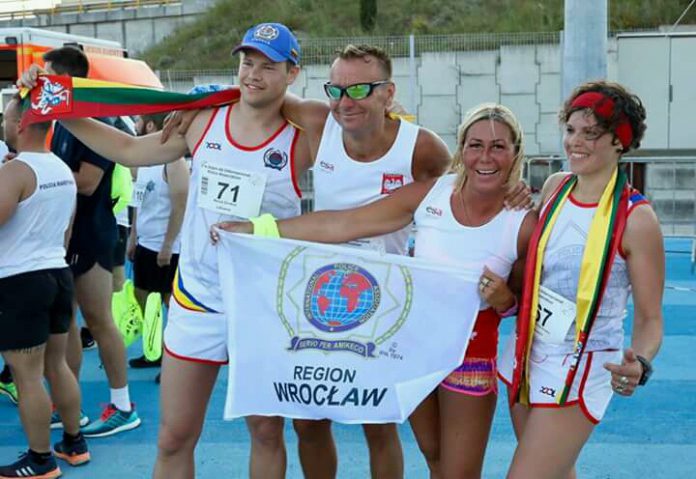 On 13-19 May 2018 in Lisbon (Portugal) the first Games of the International IPA Police Association – IPA Games took place. 350 policemen from 25 countries took part in the competition.

The Games took place in team competitions – volleyball, basketball, futsal and individual – shooting and running for 5 km. In the latter competition, the Polish IPA Section and the Lower Silesia Provincial IPA Group were represented by a member of the IPA Wrocław Region – colleague Paweł Jankowski.

A five-kilometre route, which was full of obstacles, a policeman from Wroclaw ran in 18 minutes and 5 seconds, which is his new personal best. Such an excellent time allowed him to take 8th place in the Open category and 4th in his age category amongst about 200 competitors. The organizers of the competition – the Portuguese Section of the IPA, in addition to sports competition, also provided participants with various attractions that allowed them to strengthen their friendship. The Games, just like their prototype, began with a solemn opening ceremony during which representatives of national sections could present themselves to the public. On the last day there was the closing ceremony of the Games.

Delegations from 32 countries in one place – 50 years of IBZ Gimborn!